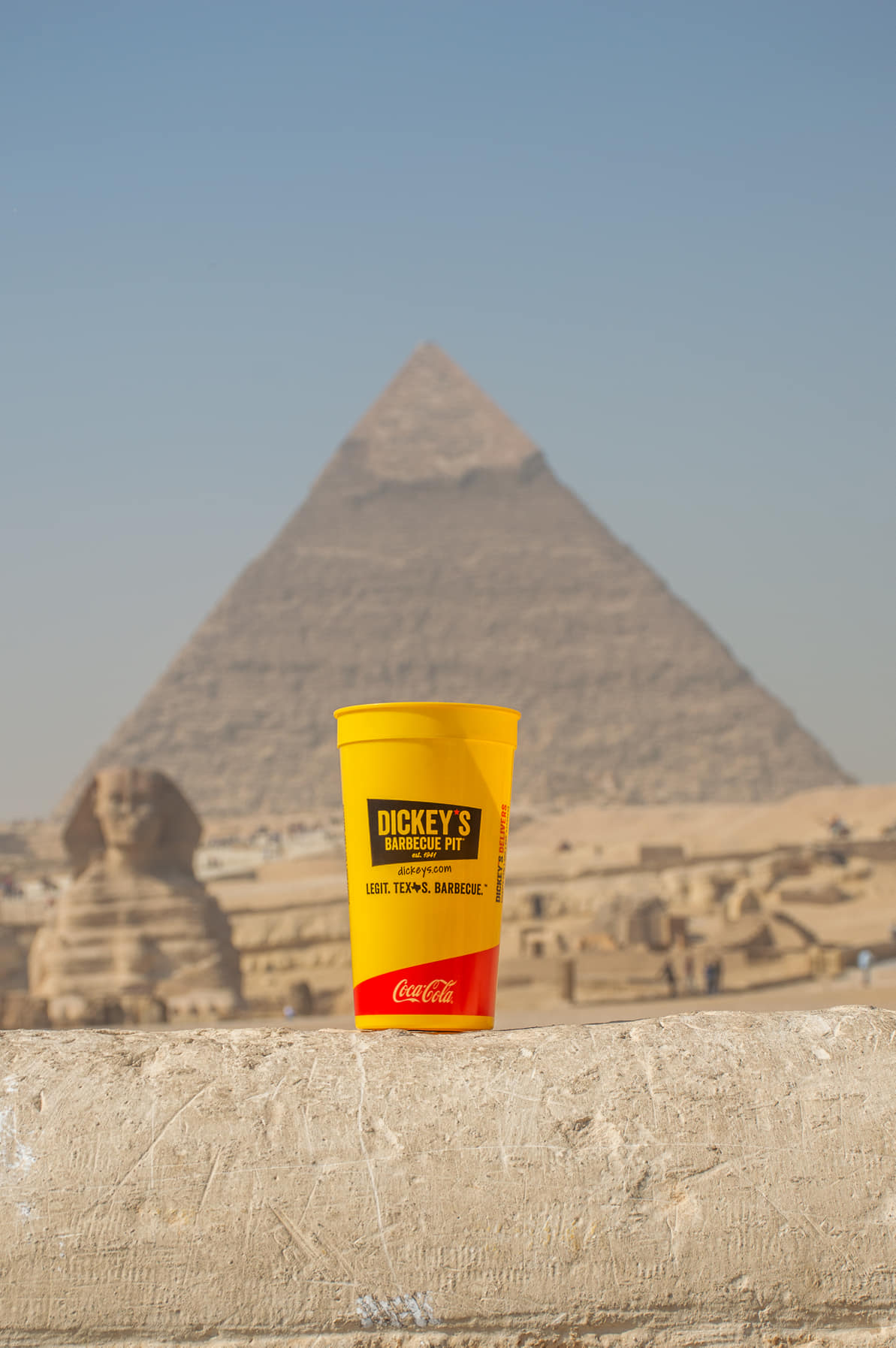 (Cairo, Egypt) Dickey’s Barbecue Pit is bringing authentic, Texas-style barbecue to Egypt with a planned opening in Cairo in late spring/early summer next year. The world’s largest barbecue franchise signed with the Swinder Group to introduce Dickey’s slow-roasted meats and savory sides to Africa for the first time.

“Since my family opened the first Dickey’s in 1941, we’ve made it our mission to serve as many guests as possible the very best barbecue out there,” says Roland Dickey, Jr., CEO of Dickey’s Capital Group. “With this new partnership, Dickey’s Legit. Texas. Barbecue. will soon be available on four continents.”

In addition to over 500 locations in North America, Dickey’s opened its first international location in the Middle East in 2018 and the first Dickey’s is South America is slated to open in Brazil this coming June.

“We are excited to bring a little bit of Texas to Egypt,” says Abdelrahman Toama. “We love Dickey’s food and atmosphere and know others here will too.”

Dickey’s Barbecue Restaurants, Inc., the nation’s largest barbecue chain was founded in 1941 by Travis Dickey. For the past 78 years, Dickey’s Barbecue Pit locations across the nation have served guests Legit. Texas. Barbecue.™ At Dickey’s, all our barbecued meats are smoked on-site in a hickory wood burning pit for up to 14 hours. The Dallas-based family-run barbecue franchise offers several slow-smoked meats and wholesome sides with 'No B.S. (Bad Stuff)' included. The fast-casual concept has expanded worldwide with 2 international locations in the UAE and operates over 500 locations in 44 states. In 2016, Dickey’s won first place on Fast Casual’s “Top 100 Movers and Shakers” list and was named a Top 500 Franchise by Entrepreneur in 2018. Dickey's Barbecue Pit has also been recognized by Franchise Times, The Wall Street Journal, QSR Magazine, Forbes Magazine and Nation's Restaurant News. For more information, visit www.dickeys.com.